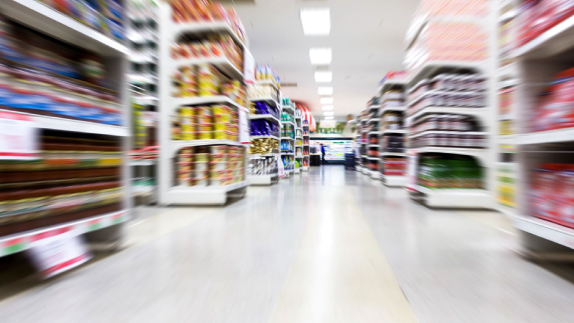 Irish shoppers spent an extra €90 million on groceries over the festive period, according to the latest figures from Kantar Worldpanel.

Ferrero has announced it is launching a €590,000 spring campaign with seasonally-themed promotions across its range of confectionary products, including Ferrero Rocher, Thorntons and Kinder.

When it comes to shoppers’ paying preferences for a basket-sized grocery shop, 6 in 10 (60%) prefer to use self-service checkouts over cashier checkouts, down marginally from the 64% recorded in our 2016 research.

An Exciting Future In Store For UK Food-To-Go: Analysis

The UK food-to-go market is set to deliver a number of innovative changes over the next year, a new study by research firm IGD has found.

ASDA has seen its share of the supermarket sector here drop by 0.7% to 17%, new research has revealed.

Consumer prices rose by an average of 0.4% in 2017, according to an analysis by the Central Statistics Office.

The number of visitors to Irish whiskey distilleries has shown a 11% increase last year, according to new recent figures published by the Irish Whiskey Association (IWA).

Dublin Airport is planning on replacing the Spar convenience store in its terminal two arrivals area with an outlet that it believes will better appeal to its international passengers, recently posted tender documents show.

As confidence flows back into the economy, competition is hotting up in the €9 billion supermarket sector. It was always intense, especially since Aldi and then Lidl arrived either side of the millennium.

While health and wellbeing is likely to be at the forefront of most consumers thoughts at the moment, almost 6 in 10 (59%) adults don’t believe that retailers are doing enough to make healthy food more affordable.

The Northern Ireland economy continues to show some growth in the last few months of the year, according to a new survey. However, there are concerns it will shrink as the year progresses.

Texaco has added three forecourts to its Northern Irish portfolio, with all of the sites located in Belfast.

Ireland’s chocolate confectionery market was worth an estimated €621m in 2015. After the inevitable post-Christmas slowdown, the Easter season provides an excellent sales opportunity in confectionery across the board.