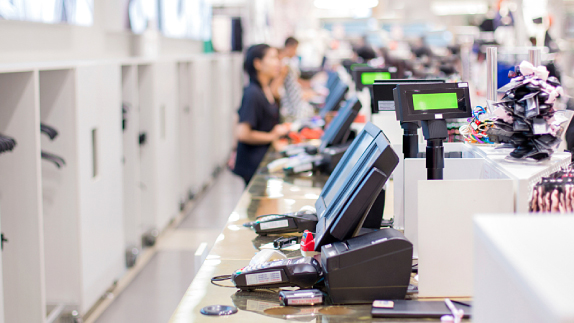 A new report released by EY has shown a sharp incline in cross-border shopping this year to an estimated €418 million from €385 million in 2016. Shoppers in the South headed North to take advantage of the drop in the value of sterling.

The data, which excludes car sales or online shopping, show cross-border spending has returned to 2010 levels, driven by a 12 per cent appreciation in euro relative to the pound since the vote by the UK to leave the EU.

The EY report showed an increasing gap in economic fortunes north and south with gross domestic product (GDP) in the Republic expected to total 4.9 per cent for 2017, compared to 1.4 per cent for Northern Ireland.

The report illustrated that both economies are enjoying strong growth property prices, jobs, and average wage levels, though very different inflation levels are creating a divergence in spending power.

Neil Gibson, chief economist for EY, stated that the difference between the two economies was accelerating because of the pressure on consumers in the North where pay rises were not keeping up with inflation.

Gibson explained, “While you’ve got pay rises of roughly 2 per cent in Ireland that counts as a pay rise in the South and a cut in the North so the impact of inflation is really beginning to influence the two different projections.”

The report indicates that the rise in cross-border shopping over the last year helped offset a growing gap in retail performance across the two economies.

The retail sector is seen to have ‘recovered from the recession with total growth of 14% in the Republic since 2013’s historic lows’.

EY expects that job growth in the retail sector will continue in the South with addition of roughly 10,500 jobs in the sector between 2017 and 2022, while a decrease of 3,000 is forecast for the North.

“Cross-border flows are helping bridge some of the divergence. Northern Ireland’s consumer sector would be having a much tougher time if it wasn’t for cross-border shopping flows and an increase in tourists.”