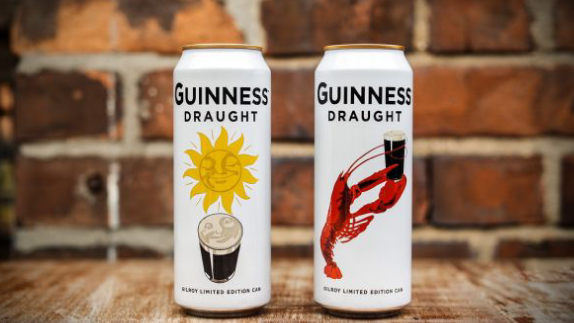 This week marks 200 years since Guinness first started shipping the black stuff to the US.

A handwritten note found in a brewer’s log that was stored in the Guinness Archives at St. James’s Gate in Dublin, revealed that on October 16th 1817, eight “hogshead” of porter were delivered to a Mr. John Heavy in South Carolina.

To mark the anniversary, brewers at Guinness’ Open Gate Brewery have crafted a 200th anniversary export stout for sale in the US. It is said to be based on an original recipe from Benjamin Guinness, the son of founder Arthur Guinness.

Diageo is also preparing to mark the next chapter in its history with the opening of the first Guinness brewery in more than 60 years in the US. The €42 million ‘Open Gate Brewery’ and ‘Barrel House’, is set to open next year in Relay, Maryland.

The company is also marking the 120th anniversary of the birth of John Gilroy, the man behind classic Guinness advertisements in the 1930s to the 1960s. The now nostalgic slogan “My Goodness, My Guinness”, which is often featured in artwork on the walls in many Irish pubs, is just one of the many advertisements produced by Mr. Gilroy himself. John Gilroy’s ads played a major role in helping to make the Guinness brand known globally.

The new limited edition collectable cans, which will be available to buy in multipacks, show two of Mr. Gilroy’s most famous advertisements. The cans illustrate the iconic ‘smiling pint’ and lobster.

To reflect the style of Mr. Gilroy’s work, the vibrant artwork is set against a white background – with the canvas being the can – a striking contrast to the stout in inside.

Guinness brand manager, Nin Taank stated, “Gilroy’s iconic Guinness campaigns are recognised around the world, and we are thrilled to be celebrating the 120th anniversary of his birth with the launch of these limited edition cans.”