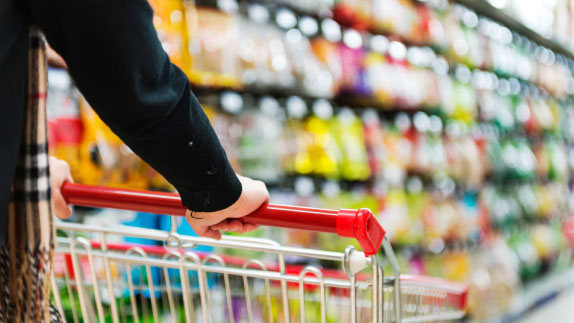 Aldi has announced plans to ban the sale of energy drinks to under-16s; from 1 March, age verification will be required to purchase any soft drink containing more than 150mg of caffeine per litre.

Growth in online retail slows down

The growth in online retail has slowed in a sign the market is “maturing” and could see a tough 2018, figures suggest.

UK retail sales volumes dropped unexpectedly in December, posting their biggest loss since the 2016 Brexit referendum and reversing a rise the previous month.

Goodfella’s, the iconic frozen pizza brand that has been a favourite in Irish households since the 1990’s, has been sold by Green Isle in a deal worth €225m.

Guinness has introduced its first non-alcoholic craft lager in Ireland as it looks to cash in on a growing consumer trend for cutting back or giving up on drinking altogether.

Activia is starting the New Year with its heavyweight ‘It Starts Inside’ marketing campaign. Volvic is entering 2018 with a digital-led initiative, using fun, targeted content to encourage shoppers to stick to their New Year’s resolutions while keeping hydrated.

Irish retailers move to adapt to new age of technology

Irish retailers have moved to adapt to a new age of technology, according to the latest figures published today from Retail Ireland Skillnet, the education and training division of Retail Ireland.

Operating profit at Coca-Cola Ireland increased by almost 56 per cent in 2016 compared with the year before, according to the latest accounts filed with the Companies Office.

Amazon will open its first checkout-free grocery store to the public on Monday, moving forward with an experiment that could dramatically alter bricks-and-mortar retail.

Iceland has created 26 new jobs with the opening of its 20th store in Ireland. The food retailer opened the doors of its third store in Cork today, in the Eastside Retail Park, Main Street, Ballincollig.

Ikea is ‘exploring the option’ of opening a South Dublin store

Swedish furniture giant Ikea is exploring the option of opening a new south Dublin store – but the flat-pack outfit hasn’t committed to a second Irish outlet just yet.

Clothing discounter Primark has said it is pleased with its business in Ireland, where it trades as Penneys, without commenting on the impending incursion into the low-cost fashion market by Dealz.