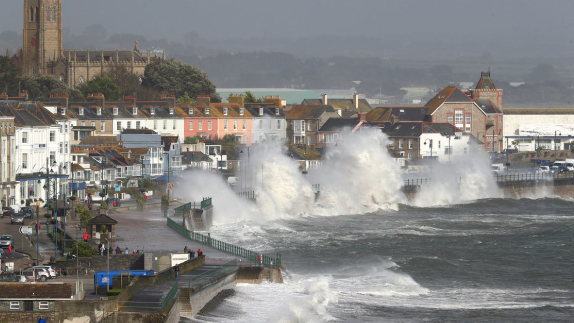 Retailers across Ireland are reopening their businesses and returning to normal today after yesterday’s Hurricane Ophelia, which has resulted in three deaths and 250,000 homes and business without power.

A selection of Tesco stores opened early in the day, but by lunchtime the retailer had closed all its stores nationwide. Tesco stated, “All colleagues who were due to work today but were unable to turn in due to difficulties travelling or for other reasons will be paid for today”.

Tesco stores nationwide have been able to reopen as of this morning. However, both Aldi and Lidl stores have a select number of branches across the country that are unable to reopen immediately.

ESB Networks has informed that some of the 250,000 homes and businesses experiencing power outages, may be without electricity for several days. ESB stated yesterday, that between 5% and 10% of customers without power could be waiting up to ten days before power is restored. An ESB map of power outages can be viewed here.

It is also important to note, that the public have been warned not to touch or approach fallen electricity wires, as these are live and extremely dangerous.

A lot of regions are also experiencing problems with phone and internet access.

Eir reported that approximately 30,000 of its customers are without internet, and stated, “Storm Ophelia has delivered unprecedented and widespread levels of damage to Eir’s infrastructure throughout the country. This includes damage to poles and cables. While damage has been sustained throughout the country, the Southwest and Midlands are the worst affected areas and in particular Cork County.”

Virgin Media has informed of similar disruptions to service, stating, “Following yesterday’s storm Ophelia, we are aware of a number of electricity network outages throughout the country that may also be affecting our services and isolated parts of our network infrastructure. Over the course of today, and the coming days, our crews will be dispatched to affected areas to restore service as quickly as possible.”