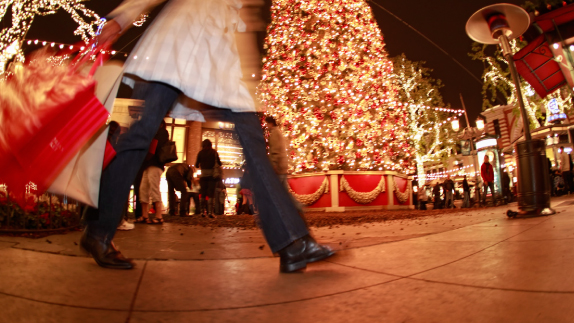 There is an average saving of 14% for southerners who do their Christmas shopping in the North.

A survey carried out by No. 1 Currency has found savings of up to 43 per cent on certain consumer goods for Irish shoppers who decide to travel north of the border this Christmas.

According to the survey, the average saving for 14 popular items was approximately 14 per cent.

No. 1 Currency, which is a part of the Fexco group, indicated savings will be found in the northern branches of retail chains including Tesco, Currys/PC World, Boots and Smyths. The savings are compounded by greater purchasing power as sterling remains weak against the euro.

The survey found that in Tesco, a 12-pack of Corona is €19.99 in the South, and when the North’s sterling price is translated into euro, the same dozen bottles is costing 43 per cent less. It also found that a six-pack of Blossom Hill wine is 35 per cent cheaper in the North, while Cadbury selection boxes are coming in at 39 per cent cheaper.

It was found that there is a saving of 30 per cent on an Apple MacBook Air in the North in Currys/PC World, resulting in a saving of more than €421. Shoppers can also get a 32GB iPhone 7 for €170 cheaper in the North, a saving of 21 per cent.

Will you make a trip up north this year to do a Christmas shop?