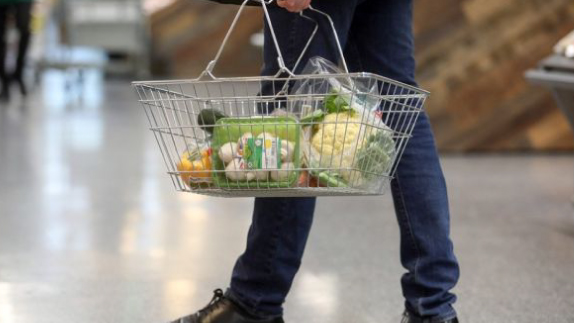 According to the latest report from Kantar Worldpanel, Irish shoppers spent an extra €90 million on groceries over the Christmas period.

The report, which covers the period for the 12 weeks ending December 31st 2017, shows that households spent a record €1,532 on groceries – an increase of €38 compared to last year.

Berry continued, “Shoppers were also partial to a Christmas tipple with sales of alcohol up almost 6 per cent – a boost of €13 million. Wine was the drink of choice this year with white wine and red wine sales up an impressive 10 per cent and 12 per cent respectively.”

Among the Irish retailers, Dunnes Stores remained on top, as leading Irish supermarket. Dunnes Stores captured a market share of 23 per cent – up 0.3 percentage points from this time last year – and achieved its strongest sales growth since May 2017, up 4.9 per cent.

“The supermarket’s impressive growth helped it increase its market share by 0.5 percentage points compared to this time last year, and now it stands at 22.8 per cent.”

“SuperValu clocked in sales growth of 2 per cent, with the grocer encouraging customers to spend an extra 70 cents every time they shop.”

The discounters also enjoyed a positive Christmas, with Lidl’s market share rising to 10.4 per cent, thanks to sales growth of 4.8 per cent. Aldi also saw sales rise by 0.9 per cent, but this was below the overall market level and led to a slight dip in market share, dropping 0.3 percentage points compared to this time last year.

The report also shows the trend towards online shopping is showing no signs of slowing down.

Mr. Berry explained, “Online grocers experienced impressive sales growth of 24 per cent, which boosted their share of the market to a record 2.3 per cent over the Christmas period.”

“Although grocery e-commerce shoppers haven’t increased in numbers, customers who already shop online have upped the frequency of their purchases with, on average, one extra order placed over this period.”