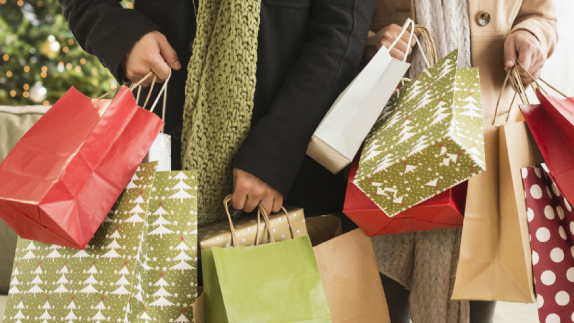 Christmas Retail Monitor 2017 was recently published by Retail Ireland, and predicts that Irish households will spend an average of €2,654 in stores this December. This is approximately €870 more than any other month of the year and almost 2.6% more than Christmas 2016.

The report predicts that there will be an increase in total sales of over €100 million, with sales over the Christmas season expected to reach €4.5 billion, up from €4.4 billion in 2016.

Thomas Burke, director of Retail Ireland stated, “Now that the uncertain political environment of recent days has passed, retailers are looking forward to the approaching Christmas period with renewed optimism”

However, with an increasing number of Irish shoppers now choosing to shop on foreign websites, the challenge for Irish retailers will be to ensure that this buoyancy is felt locally and that Irish retailers benefit from this estimated extra spending.

Burke explained, “The growing migration by Irish consumers online over recent months is creating a challenge for Irish retailers. Local traders have to date been unable to stem the flow of close to 75% of online consumer spending that currently leaves these shores.”

“Irish retailers are reacting however, and the online consumer offer is stronger than at any point in times past. Irish retailers also continue to focus on getting their in store activity right in these crucial trading weeks and will be seeking to capitalise upon an increasing willingness on the part of consumers to spend their greater levels of disposable income.”