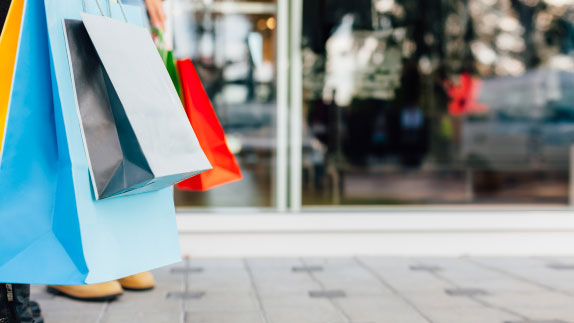 Irish retail sales increased by 7.2 per cent in December 2017 compared to the same month the year previously, according to new figures released by the Central Statistics Office (CSO).

Seasonally adjusted, the volume of retail sales was 0.1 per cent down in the month of December, with an annual increase of 7.2 per cent.

There was a decrease of 0.1 per cent in the volume of retail sales in December 2017 if motor trades are excluded, compared to the month before, with an increase of 7.6%.

The largest month-on-month volume increases were in the sectors of furniture and lighting (3.1 per cent) and books, newspapers and stationary (3.1 per cent).

Lorraine Higgins of Retail Excellence, told the Irish Times, “While figures might be up marginally this has occurred at the expense of intensive marketing campaigns undertaken by retailers and consequently reduced margins.”

Higgins added, “The fourth quarter of 2017 proved a challenging quarter with a very poor October in particular. This is undoubtedly attributable to a combination of factors to include a dip in consumer sentiment which usually accompanies budget announcements and spending being postponed until Black Friday.”

The largest monthly volume decreases were in the sectors of department stores (-4 per cent), electrical goods (-17.9 per cent), and other retail sales (-2.9 per cent).

Higgins stated, “Jewellery endured a very poor quarter due to the migration of demand to international markets either online or as a result of consumers buying abroad on leisure trips. The less than fulsome inspection of packages in sorting offices and the need for more stringent customs controls at airports is leading to significant erosion of spending at home and billions in lost taxes to the State.”

Value retail sales for December 2017 were up 4.5% year-on-year, while decreasing 0.5% compared to November 2017. Excluding motor trades there was a decrease of 1.0% on the month and a 4.6% increase in the annual figure.

Higgins explained that the recovery of retail was marginal overall, who called for legislation to offset the rise in cheap imports.

“The industry continues to be threatened by the influx of cheap imports coming from non-EU websites and the failure to intercept every parcel coming in to Ireland from outside the EU,” she stated. “And the consequential application of customs and VAT on such goods is a missed opportunity for the exchequer. Retail-focused policies and legislation must be implemented to curtail this.”